Stories Behind The Stars - The Fallen of WWII - 2nd Lt. Joseph O. McAllister 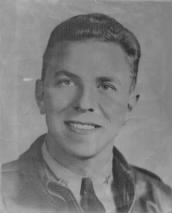 Owen was born On August 10, 1920 in Salt Lake City, Utah to Joseph McAllister and Vera Bennion. He had two brothers Warren, and Gerald and one sister Bella.

In 1940 Owen was in his first year of college at the University of Utah. He enlisted on September 29, 1941 and took flight training at Cal-Aero and Victorville pilot training schools in California. In April of 1942 he received his commission and in August was assigned to the South West Pacific...more

Posted by Linda Sullivan-Simpson at 5:33:00 AM No comments:

Stories Behind The Stars - The Fallen of WWII - S.Sgt. James A. Mabante 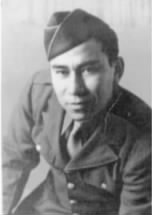 James Albert Mabante was born on July 25, 1920 in Nogales, Arizona. His parents Rufino Mabante and Constanza Romero were born in Mexico and California, respectively. His father was a steelworker.

James had 2 brothers, Charles and Frank and 2 sisters, Carmen and Virginia. By 1940 James was in his third year of high school was 19 years old and working at Callahan Lead and Zinc Mining, Washington Camp.

Posted by Linda Sullivan-Simpson at 6:46:00 AM No comments:

Stories Behind The Stars - The Fallen of WWII - Sgt. Aubrey Ford Garrett 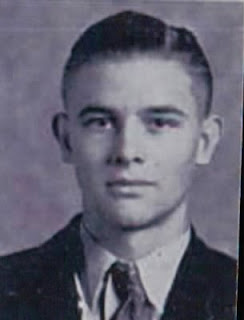 Sgt. Aubrey Ford Garrett
Aubrey was born August 4, 1920 in West Monroe, Ouachita Parish, Louisiana, one of three brothers including Hodge and Edward. His father L. Carsey Garrett, born in Alabama was a blacksmith for the Missouri Pacific Railroad, his mother, Connor a homemaker born in Louisiana.

In 1940 Aubrey had already graduated from Ouachita Parish High School and was a locomotive fireman for the Missouri Pacific Railroad. He married Lillian Martha Marhefka on August 1, 1939 and their daughter, Diane was born in 1942.

Email ThisBlogThis!Share to TwitterShare to FacebookShare to Pinterest
Labels: WWII

Stories Behind The Stars - The Fallen of World War II - Wayland D. Campbell

Wayland Campbell was born on the 28th Of October, 1921 in Rosedale, OK in Okfuskee county.

His father was Alph Campbell, farmer, his mother was Rabie a homemaker. Wayland had one sister, Velva and one brother, Billy. Wayland was a member of the FFA (Future Farmers of America) as was his sister, Velva. Wayland won several awards for his prized hogs and farming ability.

He worked for the NYA Boys Resident Project in Okmulgee, OK

Wayland enlisted in the Navy on the 3rd of September 1942 in Oklahoma City, OK By the 8th of November 1942 he was aboard the USS Henderson sailing out of San Francisco to Pearl Harbor...more
Posted by Linda Sullivan-Simpson at 6:49:00 AM No comments: 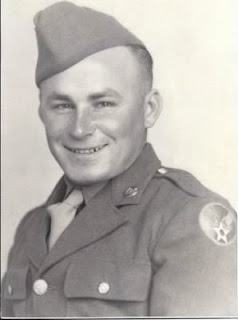 Posted by Linda Sullivan-Simpson at 6:48:00 AM No comments: 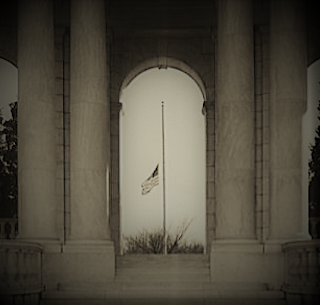 In July of 2020 I ran across an article about The Stories Behind The Stars, a project of telling all the stories of the over 400,000 mean and women who did not come home from World War II. Started by Don Milne as a way to honor those who served and gave the ultimate sacrifice, a noble task, indeed.

I wrote about the project here, on July 7th 2020 and soon joined as a biographer of some of these heroes. I chose to profile the 45th Division Thunderbirds out of Oklahoma City, Oklahoma because I happen to live in Oklahoma at the present time. What an honor it has been to learn and write about these seemingly very ordinary people who were asked to do extraordinary things, and didn't hesitate.

In the meantime I'm going to share some of the profiles I have written, maybe it will inspire you to join our group of writers and researchers, or to learn about these people that made sure we are free, the cost: their lives.

The very first biography I did was about a young man named James Mabante, I hope you enjoy his story.

Posted by Linda Sullivan-Simpson at 11:40:00 AM No comments:

A young boy named Justin finds a letter and learns about the Christmas truce of 1914. Justin moved with extra care as he crept along the upstairs hallway. One wrong step and the squeak of a floorboard might give him away. Downstairs, his sisters and grandparents were decorating the Christmas tree and singing carols. He doubted they could hear him over his sisters’ annoying voices. But he had to be careful all the same. There were six days left until Christmas, and Justin was on a mission.
He knew his mother had hidden his Christmas gifts somewhere in his grandparents’ house. And he was determined to find them. So far, he’d searched every room except for the one that was strictly off-limits: his grandfather’s study. He was sure he’d get in trouble if anyone caught him in there, but he was willing to risk it. He wanted to find those presents. Taking a deep breath, Justin pushed open the study door and looked around. Immediately, his eyes fell on a large closet in the corner of the room. Jackpot. ...more
Posted by Linda Sullivan-Simpson at 9:47:00 AM No comments: