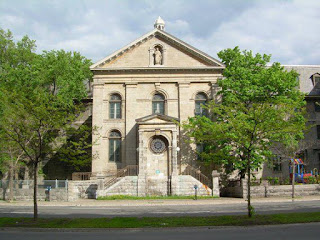 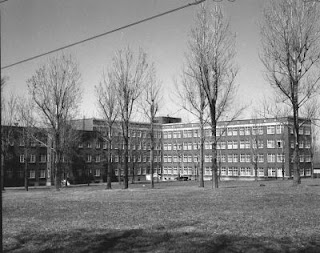 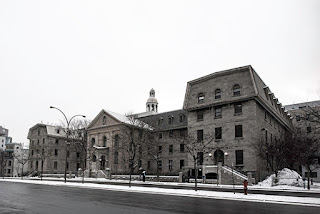 The Sisters of Misericorde were a religious congregation founded by Marie-Rosalie Cadron-Jetté (1794 - 1864) in Montreal, Quebec, in 1848 and was dedicated to nursing the poor and unwed mothers.

The Institute of the Sœurs de la Miséricorde reminds us of the essential role played by religious congregations in 19th-century Montreal life. The Institute holds a place of major importance in the built landscape along Rue De La Gauchetière and Boulevard René-Lévesque, in particular because of the commanding presence of its classical architecture, featuring grey stone buildings, and the tree-filled courtyards that flank the chapel.