All Bets Are Off

©2018 the Past Whispers
All Rights Reserved

Posted by Linda Sullivan-Simpson at 8:32:00 AM No comments:

Posted by Linda Sullivan-Simpson at 7:05:00 AM No comments:

Email ThisBlogThis!Share to TwitterShare to FacebookShare to Pinterest
Labels: Historical 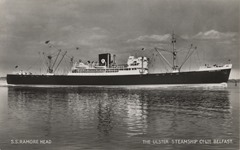 This postcard of the SS Ramore Head was found in my Uncle George Bernards possessions after his death. He was a Merchant Seaman and sailed around the world. I don’t know if he ever traveled aboard the SS Ramore Head but I do know he visited Dublin.

The SS Ramore Head was a general cargo ship built between 1940 and 1949. In June 1967, she was almost at the end of her life for owners Ulster S.S.Co. of Belfast. Sold and renamed Xerxes II the following year. Then sold the same year to be broken up. Arrived at Valencia, Spain on Dec. 14.1968 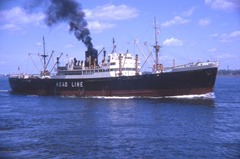 Posted by Linda Sullivan-Simpson at 1:11:00 PM No comments: