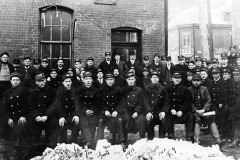 The first electric tramways appeared in Europe in the early 1880s. In Montreal, the electrification of the network was delayed because the management of the Montreal Street Railway Company (MSRC)—which had replaced the MCPRC in 1886 and had close to 1,000 horses—had misgivings. However, the work finally began in the summer of 1892 and the city’s very first electric tramway, the Rocket, was put into service on September 21, 1892. Within two years, the network was completely electrified, and ridership doubled during that same period from 10 million trips to 20 million. Meanwhile, a system of transfer tickets was tested to facilitate changing from one express line to another. 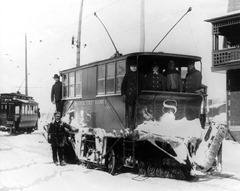 The electric tramways were much faster than horses and were soon serving Sault-au-Récollet (1893), the parish of Saint-Laurent (1895), Bout-de-l’Île (1896) and Lachine (1897). At the same time, the MSRC introduced double-truck tramways, which were longer and more spacious. Most importantly, the company inaugurated the Pay As You Enter (PAYE) tramway, the first public transit vehicle in the world in which passengers paid when they boarded instead of waiting for an agent to collect the fare. That same year, the MSRC also introduced its famous observation tramway, which would delight generations of Montrealers, young and old alike. Ridership reached 50 million in 1905 and hit the magic 100-million mark in 1910. 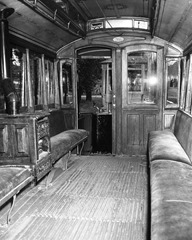