Robert was born 7/May/1923 to Robert Pitts and Margaret French, the eldest of 5 children in Pte. St. Charles. He attended St. Ann’s Boy’s School and was active in many sports including swimming, skating, bowling, and baseball. He worked in the assessor’s office for the City of Montreal. He also took 3 years of technical school.

Robert enlisted in the Royal Canadian Air Force as a wireless operator and served in England. 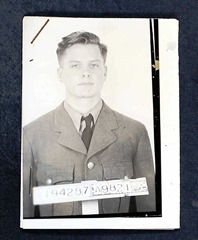 Sgt. Pitts aircraft disappeared somewhere over England while on a night training mission. None of the crew nor the plane were ever found. 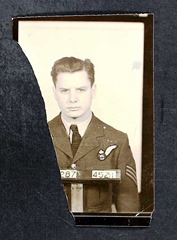 This Memorial overlooks the River Thames on Cooper's Hill at Englefield Green between Windsor and Egham on the A308, 4 miles from Windsor.

The Air Forces Memorial at Runnymede commemorates by name over 20,000 airmen who were lost in the Second World War during operations from bases in the United Kingdom and North and Western Europe, and who have no known graves.

They served in Bomber, Fighter, Coastal, Transport, Flying Training and Maintenance Commands, and came from all parts of the Commonwealth.

Some were from countries in continental Europe which had been overrun but whose airmen continued to fight in the ranks of the Royal Air Force.

The memorial was designed by Sir Edward Maufe with sculpture by Vernon Hill. The engraved glass and painted ceilings were designed by John Hutton and the poem engraved on the gallery window was written by Paul H Scott.

The Memorial was unveiled by The Queen on 17 October 1953.