L. Sgt. Webb was born 15/Sept/1920 in Montreal to William Henry and Mary Jane Webb, one of 5 children that included John, Robert, Mary, Emily, and Marjorie.

He married Martha and they had two children, Bernard and Beverly. He attended St. George’s church. 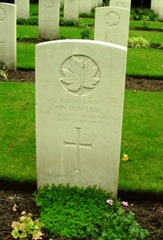 The Netherlands fell to the Germans in May 1940 and was not re-entered by Allied forces until September 1944.

The great majority of those buried in Holten Canadian War Cemetery died during the last stages of the war in Holland, during the advance of the Canadian 2nd Corps into northern Germany, and across the Ems in April and the first days of May 1945. After the end of hostilities their remains were brought together into this cemetery. 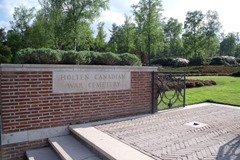