Father Charles-Emile Gadbois In The News

In 1937 Father Gadbois bought an electric printer machine that could pull 1000 copies per hour. Ten songs had been published and Le Bonne Chanson was on its way. 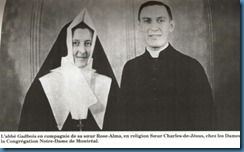