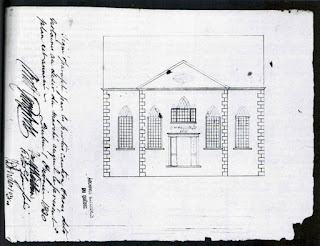 Champlain Street Methodist Chapel was set up for Methodists living near the harbor in the Cap - Blanc neighborhood.


In 1830 a Methodist chapel was founded to afford the means of grace to many of the sailors who visited the port during the summer and were pre-disposed to attend divine worship.

The chapel was financed by Peter Langlois, one of the city's first immigrant Methodists, who arrived from Guernsey in 1806. It was open during the shipping season until 1841, when it was closed as a result of rock slides in the area.

The building was destroyed by the rock slide of 1889.