The Canadian Letters and Images Project

The Canadian Letters and Images Project is an online archive of the Canadian war experience, from any war, as told through the letters and images of Canadians themselves. Begun in August 2000, the Project is located in the Department of History at Vancouver Island University. Through the digitization of contemporary letters, diaries, photographs, and other related materials, the Project permits Canadians to tell their story, and Canada’s story, through their own words and images. It is history without a lens of interpretation by the present.

As a starting point to understand what we do, please have a look at the Global News story about the project from November, 2016.  Click here to view the story.

Posted by Linda Sullivan-Simpson at 5:25:00 AM No comments: 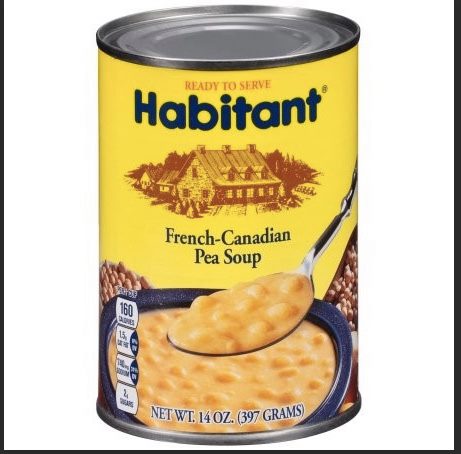 Several things set it apart, first and foremost, unlike their monolithic rival Campbell’s Soups, you did not add water to Habitant. That was their proudest boast, that the soup was not condensed, it went into the can and then into the mouth exactly as it had been cooked. The other thing that set it apart was that the recipe called for yellow peas, not the green variety everyone was familiar with. In fact, after being raised on this stuff, I thought it was really strange, almost disgusting when I was first exposed to green pea soup.

The soup started in Montreal at the grocery store of the Morin family. The can says “since 1918”, so we’ll go with that. The Morins started a small plant to pack jams and pickles and one day they decided to try canning the pea soup that Mrs. Morin had been making for years for her 15 children. One of her daughters, Marie-Blanche cooked the first batch of pea soup canned as Habitant, using the old family recipe consisting of yellow peas, pork fat and savory spices. The first batch was given away and people who tried it ordered more. As sales grew Habitant incorporated as Dominion Preserving Ltd. The old Montreal plant still stands, now luxury condos.

In 1938 Habitant opened a plant in an old mill building in heavily French Canadian Manchester, New Hampshire. Since the U.S. was the biggest market, particularly the northeast, it made sense logistically to have a plant south of the border. Gilles Morin, son of the company founder, moved to Manchester to run the plant. He is seen in the photo posing with two cans of the pea soup in 1978. While the plant produced many other varieties of soup, the famous pea soup accounted for 70% of their sales. At its peak the plant was churning out 80,000 cans per day.

Campbell’s tried to get a piece of the action by test marketing a condensed version of French Canadian pea soup in Providence, Rochester and Manchester. It flopped. Snow’s, well known for their clam chowder also tried out their version of the soup called “Alouette”. It met the same fate as the Campbell’s version. As Gilles Morin said “we had very loyal customers”.

In 1968 Habitant was acquired by Montreal firm Catelli, which became Catelli-Habitant. Over the years you could see the decline in the product. In earlier times the thick soup would contain lots of whole peas, but toward the end of their run you would find maybe two or three peas in a large can. The label still showed lots of peas as you can see in the images of the familiar yellow can. And the soup was not as thick as in the past. The decline in quality and changing tastes led to the closure of the Manchester plant in 1983. The soup is still made and sold in Canada, and the brand has been purchased by their former arch rival Campbell’s.

Posted by Linda Sullivan-Simpson at 5:01:00 AM No comments:

Posted by Linda Sullivan-Simpson at 9:22:00 AM No comments: 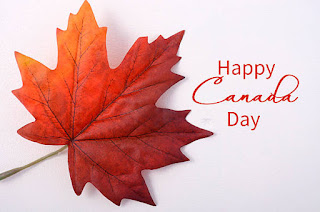 A federal statutory holiday, it celebrates the anniversary of July 1, 1867, the effective date of the Constitution Act, 1867 (then called the British North America Act, 1867), which united the three separate colonies of the Province of Canada, Nova Scotia, and New Brunswick into a single Dominion within the British Empire.
Posted by Linda Sullivan-Simpson at 7:44:00 AM No comments: 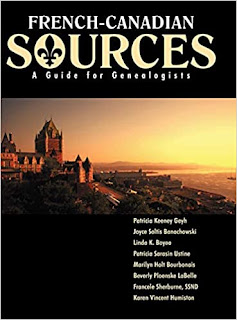 A six-year collaborative effort of members of the French Canadian/Acadian Genealogical Society, this book provides detailed explanations about the genealogical sources available to those seeking their French-Canadian ancestors.

Email ThisBlogThis!Share to TwitterShare to FacebookShare to Pinterest
Labels: A to Z Challenge 2020, Books, French, Quebec 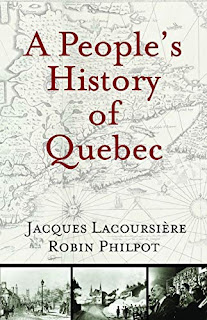 Revealing a little-known part of North American history, this lively guide tells the fascinating tale of the settlement of the St. Lawrence Valley. It also tells of the Montreal and Quebec-based explorers and traders who traveled, mapped, and inhabited a very large part of North America, and “embrothered the peoples” they met, as Jack Kerouac wrote.

Connecting everyday life to the events that emerged as historical turning points in the life of a people, this book sheds new light on Quebec’s 450-year history––and on the historical forces that lie behind its two recent efforts to gain independence.

About the Author:
Jacques Lacoursière is one of Quebec's most notable writers. He is the author of the five-volume Histoire populaire du Québec, which has been a bestseller since the first volume was published in 1995. He lives in Quebec City, Quebec. Robin Philpot is a writer and translator who lives in Montreal, Quebec.
Posted by Linda Sullivan-Simpson at 8:46:00 AM No comments: